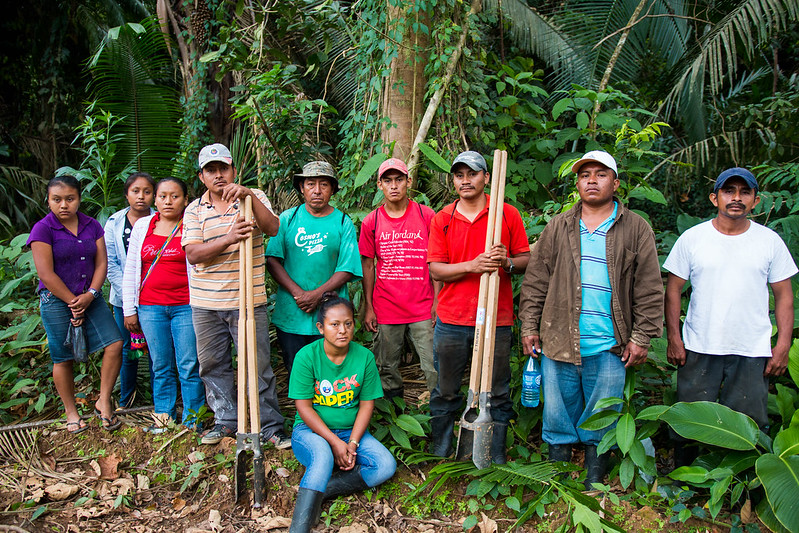 In plain view of the mountainous terrain of Belize’s most southern district, Toledo, farmers of Trio Village have been facing a changing environment. Ya’Axche Conservation Trust approached the Caribbean Community Climate Change Centre (CCCCC) to assist the villagers with combating threats that were exacerbated by climate related events. This involved deforestation due to lack of water, insufficient arable land and forest fires which threatened crops. The main initiative involved attaining land, donating cacao seedlings and providing technical assistance and training for climate resilient crops. 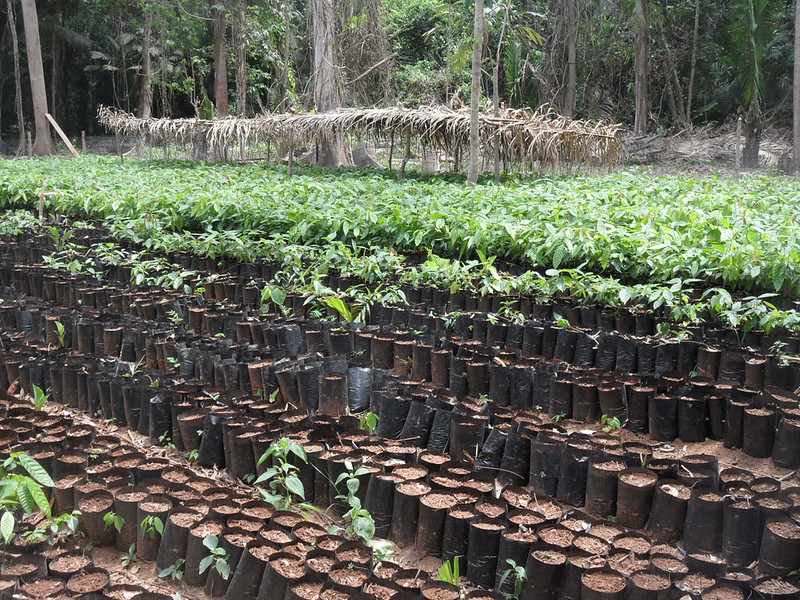 The Head of the Project Development & Management Unit at the CCCCC explained why the Centre became involved in the initiative. According to Dr. Mark Bynoe, “It’s not a case that these issues are new, it’s a case where these issues are likely to be exacerbated with a change in climate regime. So with that focus, we looked at projects within the Centre that we had and which could finance this particular initiative.  We were able to find $250,000 US under the UK-DFID programme. So for the last two years we were able to fund this initiative in Trio Village.”

The partnership of UK-DFID, CCCCC and Ya’Axche came to fruition when the Forest Department granted a unique concession to allow agro-forestry within the Maya Mountain Forest Reserve. The implementation of this community forest concession resulted in 936 acres being leased to the project.  The acres have been divided into sub plots for organic cacao farming and the concession includes an annual crop section for vegetables, plantain and honey harvesting. 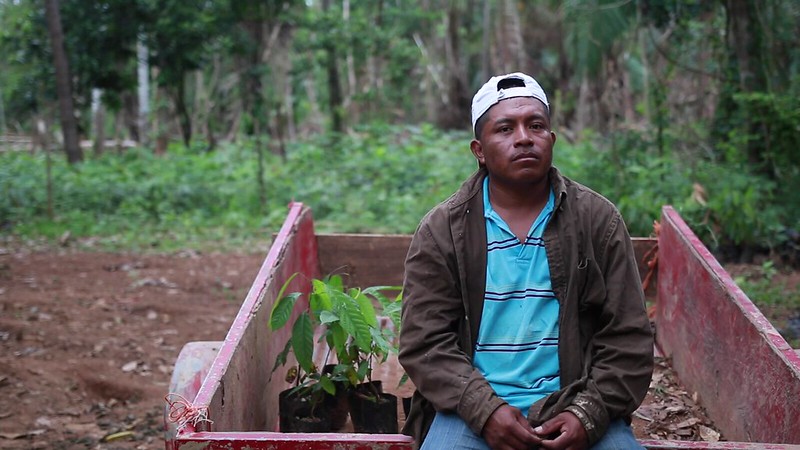 The project, completed at the end of April 2016, is having an impact on the lives of farmers like Isabel Rash. Rash admits the gruelling task is benefiting his future. While in the company of his family in Trio Village, Rash said “For the first six months we prepared our nursery with 28 to 30,000 cacao saplings. We eventually planted 250 plants per acre. It’s hard but we are doing it because in the future we don’t want to work for somebody else.”

“We want to work for ourselves. From there, when we start to produce more, my thoughts are that I can maybe just be a boss and have workers beside me…It’s five of us in my family. It’s my wife, my 14-year and 2- year old sons and me. I’m taking care of a little girl from my sister-in-law and my aim is to give them an education. That’s why I’m working hard. I want them to be different in the future.” 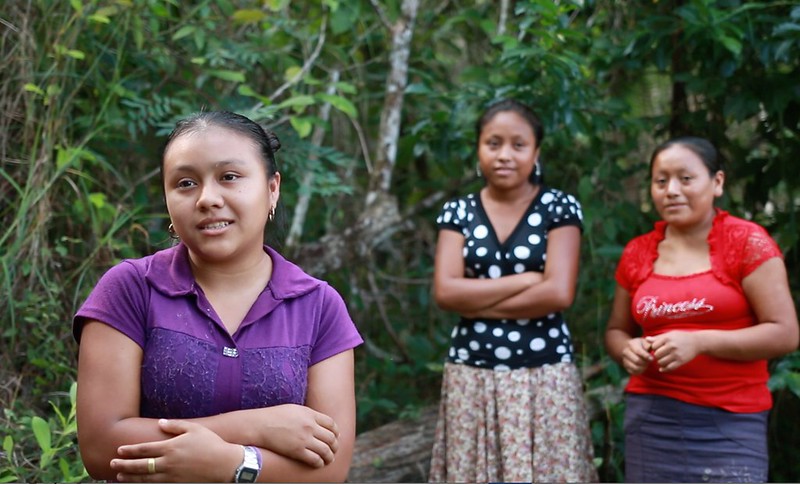 There is also gender considerations as 10 females are members of the Trio Farmers Cacao Association. The women have agro-forestry plots for planting cacao and a few of them are also involved in bee-keeping to harvest honey. 15 year old Cordelia Cabnal’s formal education ended after she completed primary school. 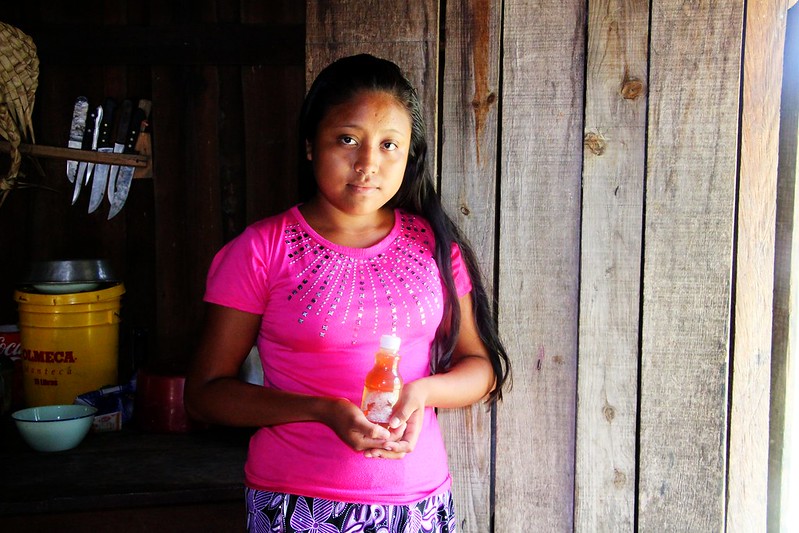 Cabnal says, “The first time I harvested about 25 pounds and the second harvest is about 35 pounds. I am happy because I see that honey is good and now I have three hives. I want more boxes. I want to have more hives. To me it’s good because here it’s money. That’s what Mr. Sho says and he told us not to give up because this is money.” 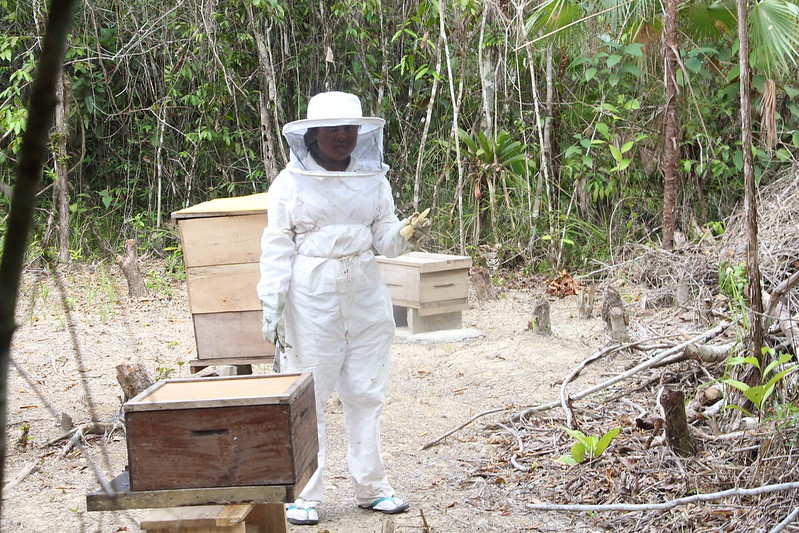 Isodoro Sho, who trained the group in bee keeping, believes that, “In the future they will be the one showing the village people. The ladies that got involved will realize this is not only about cacao or pineapple but about saving a part of the rainforest.” 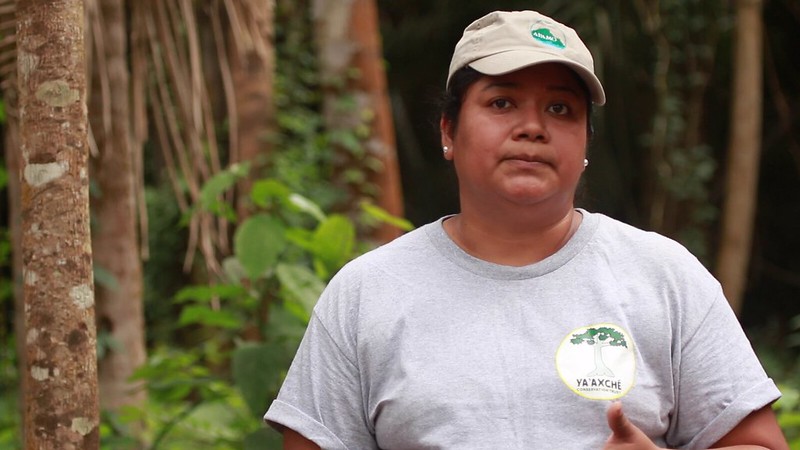 In response to how the Trio farmers plan to proceed following the closure of the project, the Executive Director of the Ya’Axche Conservation Trust, Christina Garcia says the members have been waiting for access to land for some years now. And now that they have it, Ya’Axche has observed full commitment from the farmers. Garcia noted, “It’s a direct result of the project. We’ve seen progress still happening after the closure of the project. Farmers are still planting their cacao and doing their under-brushing on their own. They’ve learned a lot from the training they received during the implementation of the project.”

The farmers, according to Isabel Rash, are learning new methods. Rash says, “We need to change because when we farmed from years past, we used pesticides and we burned. We can kill our own-selves smelling that pesticide and smoke. When we fall (trees) close to the river the river/creek, it gets dry.”

As annual crops such as bananas, beans, and plantains are being harvested, cacao planting could be increased by 25,000 to ensure farmers have a sustainable income.  The Project directly impacts no less than 200 individuals that are part of the farming families. 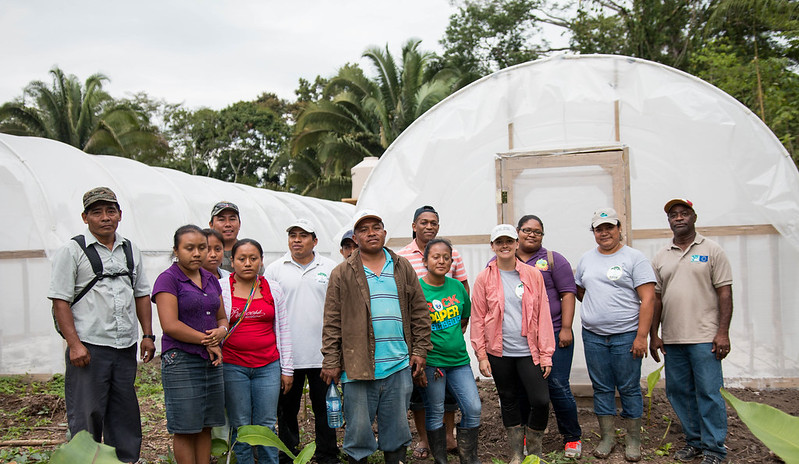 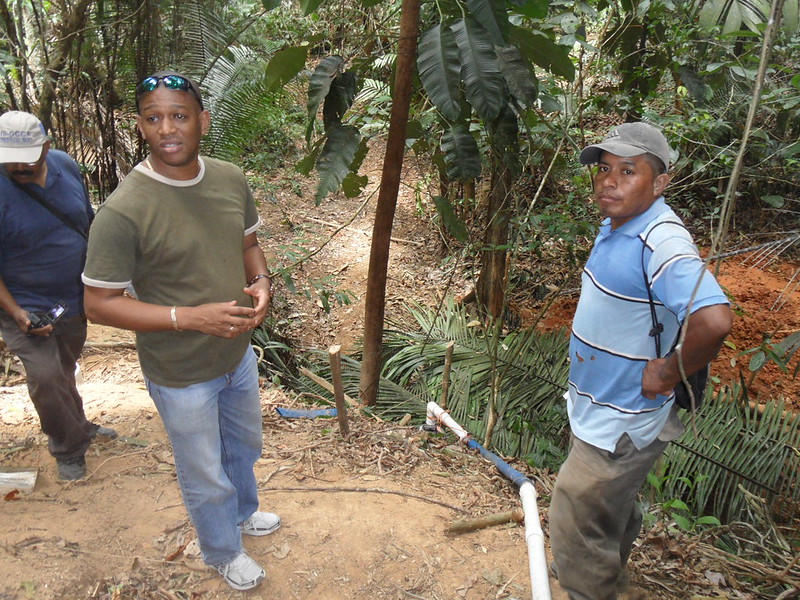 According to Dr. Bynoe, “We had to construct shade houses for protected agriculture. Why is this necessary? The whole concept of agriculture in that area is to have crops at varied periods of time. So the need for the shade houses is to pursue some cash crops farming in the immediate future. Revenue will be generated and the farmers will begin to see some returns as annual crops are maturing such as bananas, beans, plantains and so forth. And further down the road is the cacao plant. We have planted 25,000 cacao seedlings and we’re hoping to increase that to about 50,000 going forward, so we have a sustainable income to start with and farmers are less prone to deforest areas. It helps with soil protection. It helps with the integrity of aquifers and rivers, vital for the very crops they are cultivating. In total, we are looking at an entire system approach from the time they started farming to the time we withdraw. So that at the end of the day we are participating in poverty alleviation.”

Dr. Bynoe is very hopeful as he points out, “This is a pilot for the Centre but we are engaged in a number of adaptation initiatives. If this turns out to be a success story, if this translated into other areas of Belize, we can take it to other parts of the Caribbean.  We do expect with the cooperation we have seen from the Ya’Axche Conservation Trust, the efforts from the farmers themselves, the support from Government, the Ministry of Agriculture who is providing extension services, the Ministry of Forestry who made the concession available, that we are indeed moving in the right direction.”