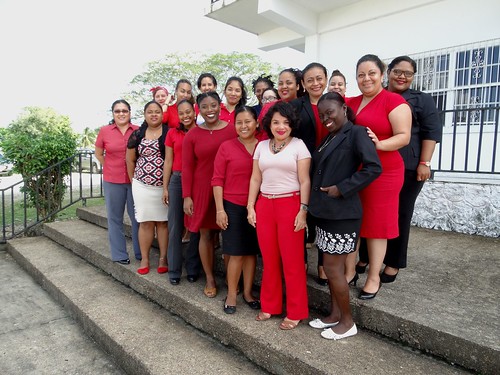 The Caribbean Community joins with the global community in celebrating International Women’s Day 2017. The theme for this Forty-Second observance is #BeBoldForChange; a clarion call for all citizens of our Region and the world to play their part in forging more gender inclusive, just societies.

Over the past four decades, Member States of our Community have made legally binding commitments through various conventions and agreements to fulfill obligations related to human rights, gender equality and the empowerment of women. These include the 1979 Convention on the Elimination of All Forms of Discrimination Against Women (CEDAW) and the 1995 Beijing Declaration and Platform for Action. The 2030 Agenda for Sustainable Development (SDGs) recognises in profound ways that the achievement of gender equality and the empowerment of women and girls is crucial for targeted world progress towards poverty eradication and indeed represents a call for the world to #BeBoldForChange.

The recent 20 year Review of the Beijing Platform for Action in 2015, highlighted some areas of progress related to gender equality and empowerment of women in the Caribbean region. These include new legislation to address gender based violence; women’s increased participation and achievement at secondary and tertiary levels of education; increased representation of women in governments, particularly in the public service and reduced maternal mortality and the spread of HIV.  However, persistent challenges in enforcing the principles of equality and non-discrimination were highlighted in several areas important to the development of our region, including:

Many countries in CARICOM have taken ‘bold steps’  to enact legislation to promote the rights of women in conformance with the CEDAW Convention and based on CARICOM Model Legislation in eight areas, namely citizenship, domestic violence, equality for women in employment, equal pay, sexual harassment and sexual offences, inheritance, maintenance and maintenance orders. Several countries have also introduced national gender policies to guide the work of the national gender machineries and mainstream gender across the work of government.

The World Economic Forum has reported in the Global Gender Gap Index, 2016 that some CARICOM Member States, namely Barbados, The Bahamas, Jamaica and Trinidad and Tobago have made progress towards closing the gender gap by between 72 – 74%. The Index is based on four key areas – health, education, the economy and politics. The overall global forecast is that the gender gap won’t be closed completely until 2186, some 169 years from now! This signals that there is much more work to be done.

Being ‘Bold for Change’ signals the need for deliberate steps by all to realise gender equality. As a Community, let us redouble our efforts: men and women, boys and girls, to embrace that bolder and more transformative agenda with strong partnerships among government, the private sector and civil society.  The time for your advocacy and activism, is now!

Today, let us salute the women in our Caribbean Community and all over the world as we celebrate International Women’s Day 2017!