Can you feel the heat?

I don’t think anyone can rightly say that they haven’t been feeling the heat recently. In Trinidad and Tobago, we like to say, “The sun real hot today!” and lately, it seems to have an increasingly unbearable sting to it, making outdoors the preferred place NOT to be, between the hours of 11am and 3pm.

We live on a beautiful tropical island, a few degrees north of the Equator, but we are also a highly industrialized little paradise. Our “cash crop” is oil and gas, and our oil money has funded our nation for more than one and a half centuries. It is quite difficult for us to envision a life without fossil fuels.   We are the heat, having the second highest per capita greenhouse gas emissions in the world, our nation is indeed producing a large amount of carbon, which directly increases temperatures worldwide. We bring the heat, with our internationally famous Carnival, a scorching multi-day festival, jumping up and down in the sun.

Reports show that if temperatures continue to rise to more than 1.5 degrees above pre-industrial levels, by mid-century, many arid and tropical countries may be uninhabitable without permanent air-conditioning (Pearce 2016), making Carnival impossible, unless we encapsulate Port of Spain and our major towns, or perhaps our entire country, with a giant dome and air-condition it.

Climate Change is real, and its effects on tiny islands like Trinidad and Tobago can be phenomenal if we don’t take drastic steps now. Not only will Carnival become extinct, it’s quite possible that we can become extinct also, being completely submerged by the sea, save for the privleged, who can pack up and migrate to larger continents and greener pastures. Already, in Icacos, and other areas along our south western coast, homes and structures, such as the lighthouse, are meters underwater. This serene beach is littered with fallen coconut trees. What was once lush agricultural land, has now been transformed into a sandy beach, as the sea continues to reclaim the land in this area, and nothing is being done to stop this. The effects of seal level rise is not just an inconceivable theory for us, it is very real indeed. At the current rate of temperature rise, sea levels can rise more than 50cm by the end of the century. By 2300, with temperature increases of 1.5 degrees Celsius, sea levels can rise by 1.5 meters, with an increase of 2 degrees Celsius, sea levels can rise to 2.7 meters (Schaeffer 2016). With temperature rising even further, there will be exponential increases in sea level rise, causing Trinidad and Tobago to get smaller and smaller with every passing day.

This should be a cause of concern for the average citizen of Trinidad and Tobago. Not only will our personal comfort and health be affected as we are forced to live in soaring temperatures and smaller land spaces, our very income will be affected. With the present instability of the oil and gas industry, we are forced to diversify to maintain our economy.

Agriculture has been promoted as one of the industries we should diversify to, and I fully endorse this, as it ultimately increases the food security of our nation. However, I draw reference to my home garden, where my mint plants, peppers, and other crops, quickly dried up during our excruciating dry season earlier this year and last year, with temperatures reaching an all-time high. The only plants that withstood those temperatures were the hardy cassava, aloe vera and banana. Agriculture is feasible, but it will become increasingly difficult to maintain crops in increased temperatures, and a decreased water supply. Greater investment will be needed to maintain the agricultural sector with innovations that will ensure stable and increased crop productivity in the changing climate.

At last year’s International UN Climate Change Conference, an agreement was made to keep temperature rise below 1.5 degrees Celsius, in comparison to pre-industrial levels, to ensure that we do not experience the full brunt of the effects of climate change. This means we need to fight with everything we have, to reduce our overall carbon emissions to zero. Our major carbon emissions come from the petrochemical industry and electricity/power generation (UTT 2010), however, other legitimate factors include the exhaust emitted from our vehicles, our daily consumption and waste management. All of these factors increase the concentration of carbon in the air, and this increase results in rising temperatures. The “sun feels hotter” because of YOU and ME!

Now, more than ever, we need to take conscious steps to decreasing our carbon emissions, and it starts with us.  We need to work together as individuals, as communities, as companies, as cities, and as a nation to curb the effects of climate change. From the simple, to elaborate strategies, we need them all. From turning off the light switch when leaving a room, to car-pooling with your colleagues, to developing kitchen gardens, to reforestation, to implementing sustainable and low-carbon energy and technology into our daily living, to carbon capture and storage, we need them all.  A passive, laissez-faire approach, will not do, we must all take up the mantle and fight for stability of our nation and the world.

Over the next few weeks, we will be doing a series on the effects of climate change on various sectors including business, health and the economy. 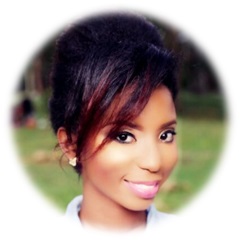 By caribbeanclimate in News on October 6, 2016.
← What Penalties Should Big Polluters Face?! Launch of the One UN Caribbean Website! →