“Climate change, and all of its dire consequences for health, should be at centre-stage, right now, whenever talk turns to the future of human civilizations. After all, that’s what’s at stake.” – Dr Margaret Chan, Director-General, World Health Organization 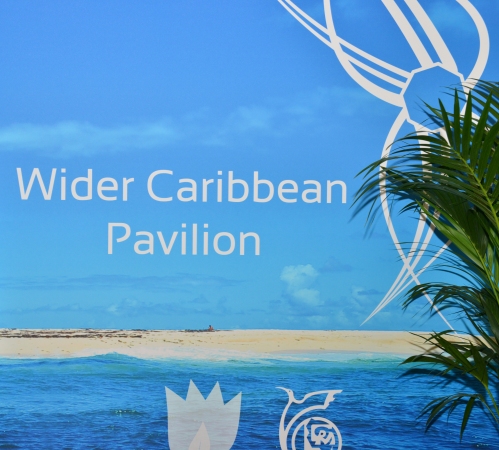 Many Trinbagonians are proud to say that Trinidad and Tobago is one of the wealthiest countries in the Caribbean Community (CARICOM). Is this something to be pleased about?

The title is a reflection of our status as the main exporter of oil and gas in the Caribbean region and the main producer of liquefied natural gas in the Latin America and the Caribbean. We depend heavily on the extraction of hydrocarbons as the main source of income.  After all, Trinidad and Tobago is ranked second in the world for its carbon dioxide (CO2) emissions per capita, producing an estimated 53 million tonnes of CO2 annually, with 80 per cent coming from the petrochemical and power generation industry. The government needs to find more sources of renewable energy. We emit the most amount of toxic gases into the atmosphere in the Caribbean.

Climate change takes 400,000 lives per year and millions suffer from flooding, diseases, malnourishment, and respiratory problems due to climate change. This is both a threat and an opportunity as it can push countries toward renewable energy. For these reasons, COP21 has seen concern raised by medical professionals regarding the effect climate change has on health. Over 1,700 health organisations are supporting declarations calling on world leaders in Paris to take a serious approach to the escalating climate threats to human health.  The demonstration follows a major recent report in The Lancet that warned 50 years of global health improvements could be thrown into reverse by climate change.

From Europe to the Americas and across Asia-Pacific, over 8,200 hospitals and health centers are already walking the talk: divesting their fossil fuel assets, reducing their emissions, and calling for action on climate change. Trinidad and Tobago needs to step up its game. Stop allowing foreign oil and gas companies to infiltrate our economy and reap benefits while the environment suffers. Instead, we must affirm genuine commitment to renewable energy. It simply makes sense, renewable energy is clean energy.

The government’s aim of 10% renewable energy by 2021 is a start but much more needs to be done. We need healthier, more sustainable cities and the most effective way of quickening up the process is for governments at COP21 to make strong commitments on a deadline for a full phase out of fossil fuels, and agreeing to regularly review and increase national ambition to reach that goal.

In Trinidad and Tobago, emphasis needs to be placed on research and development into the feasibility of various sources of renewable energy and implementation needs to occur quickly. Sensitisation of the local citizens is key, as difficulty in transition also comes from the fact that as an oil and gas-producing country, energy costs in Trinidad and Tobago are extremely low. So it should not be surprising that solar, wind, and hydropower energy are catching on in other islands of the Caribbean where electricity is up to six times more expensive than in Trinidad and Tobago.

The world is shifting toward renewable energy, fossil fuels remain in the past. As we look toward development, Trinidad and Tobago should eventually follow the trend set by the rest of the region.

Dizzanne Billy, 24, operates in the role of President of the Caribbean Youth Environment Network (CYEN) in Trinidad and Tobago, where she works in the areas of education and public awareness with regard to environment and development issues. She is a climate tracker with Adopt-A-Negotiator and a young advocate for climate change action.