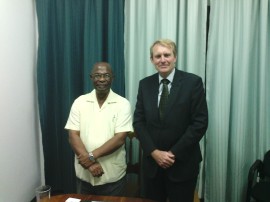 The Caribbean Community Climate Change Centre (CCCCC) welcomes the Australian High Commissioner to Trinidad and Tobago Ross Tysoe AO, who also holds non-resident accreditation to 13 other CARICOM countries,  for a two day meeting this week. Yesterday the High Commissioner joined a team from the Centre on a tour of the Calabash Cay Coral Reef Early Warning System, which was procured and installed with assistance from the Australian government. 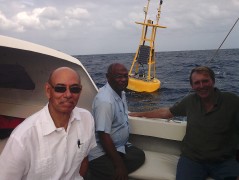 Earlier this week the High Commissioner met with CCCCC’s Executive Director Dr. Kenrick Leslie and members of the management team to discuss a raft of plans and reflect on Australia’s longstanding relationship with the Centre. Australia first engaged the Centre in 2007 when High Commissioner Tysoe’s predecessor made a courtesy visit to the regional climate change centre. 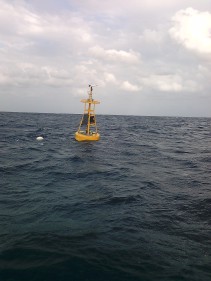